In this case the Commonwealth Court was asked to determine whether a zoning applicant’s failure to submit a site plan with all information required by the zoning ordinance was sufficient grounds to deny a special exception application. In upholding the trial court’s affirmation of the Zoning Hearing Board’s (“ZHB”) decision to deny the application, the court held that an applicant’s failure to include all required information in a site plan, or to request a waiver or extension to submit a satisfactory site plan, was grounds, on its own, to deny the application. 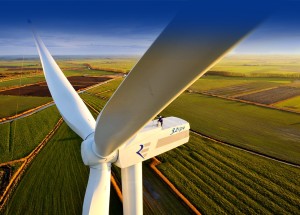 EDF applied for a permit to construct 25 wind turbines and associated roads, collection cables, and a substation on properties located in the Township’s Conservation, Agricultural, and General Industrial zoning districts. EDF submitted a special exception application to the Township Zoning Hearing Board (“ZHB”) in accordance with the Zoning Ordinance because no such use was permitted or prohibited in these districts. While hearings were occurring on the application, the ZHB referred the matter to the Township’s planning commission, which twice recommended denying the application because the proposed use was not similar or compatible with permitted uses in these districts and it did not comply with the Township’s comprehensive plan.  At the final ZHB hearing on the application, the ZHB adopted the planning commission’s written recommendation and decision, and denied the special exception. On the date of the ZHB’s written decision, but prior to its mailing date, EDF appealed to the Court of Common Pleas of Luzerne County. EDF then filed a supplemental appeal after receiving the decision. The trial court denied the ZHB’s motion to quash the appeal as premature due to EDF’s filing the initial appeal prior to the mailing of the written decision. However, it then denied EDF’s appeal on the grounds that EDF had failed to comply with the objective criteria of the ordinance by submitting an insufficient site plan that lacked items required by the zoning ordinance, and failed to demonstrate that wind turbines were similar to or compatible with the Township’s comprehensive plan. EDF appealed.

On appeal the Commonwealth Court affirmed the trial court’s decision.  As an initial matter, the Court agreed that the appeal should not have been quashed as premature because EDF’s supplemental appeal cured any jurisdictional defects that may have existed.  The Court then found that EDF’s failure to submit a site plan that complied with the requirements of the zoning ordinance, or to request a waiver or extension of time to submit such a plan, was sufficient grounds to deny the application. It further disregarded arguments by EDF that the zoning officer’s acceptance of the application was evidence that the application was completed properly, because the ZHB, not the zoning officer, had authority to hear and decide requests for special exceptions.