In this case out of Northampton County the Commonwealth Court weighed in on what constitutes a “substantial amendment” to a proposed ordinance, such that it must be re-advertised prior to being adopted. In finding that the municipality should have re-advertised a change to the number of hours digital billboards could be illuminated, the court appeared to establish different standards for such appeals brought by applicants and those brought by adjacent landowners.

Palmer Township (the “Township”) sought to enact an ordinance to allow digital advertising signs and billboards in the Township (the “Ordinance”). An initial draft of the proposed Ordinance restricted the operation of such billboards to 17 hours a day. The Board of Supervisors subsequently amended the proposed Ordinance to allow billboards to operate 24 hours a day. Pursuant to the requirements of the Municipalities Planning Code (“MPC”), the Board re-advertised and adopted the amended Ordinance following a public hearing in December 2011. The advertisement of the amended Ordinance did not include a summary of the change to the permitted hours of illumination.

In November 2013 Diefenderfer, a property owner residing near a newly erected digital billboard, brought a land use appeal challenging the validity of the Ordinance. He argued the Township failed to strictly comply with the statutory procedure for enacting the Ordinance and therefore it was void. Specifically, Diefenderfer asserted the change in illumination hours constituted a “substantial amendment” that had to be included in the advertisement prior to the Ordinance’s adoption. The Township countered that it was not a “substantial amendment” and was not required to be included in the advertisement.

The Court of Common Pleas of Northampton County first found that Diefenderfer was permitted to bring the appeal despite being beyond the 30-day appeal window because light from the billboard illuminated multiple bedrooms in his house and disturbed his sleep. The court found that by enacting the Ordinance the Township had interfered with Diefenderfer’s “use and enjoyment” of his property and deprived him of his substantive due process rights. However, the trial court then concluded that the change had not constituted a “substantial amendment” and therefore was not required to be included in the advertisement and the Ordinance was valid.  Diefenderfer appealed.

On appeal the Commonwealth Court reversed, finding the change had been a “substantial amendment,” should have been advertised, and was “void from inception.”  The court reasoned the change was substantial because it considerably increased the negative impact on landowners living near digital billboards and significantly altered the regulation of nighttime billboard use.  The court distinguished its finding in Lamar Advantage GP Company, LLC v. City of Pittsburgh, where it found the removal of a limitation on hours of illumination did not constitute a “substantial amendment,” based on the fact that the appeal was brought by adjacent landowners rather than the applicant-billboard company. 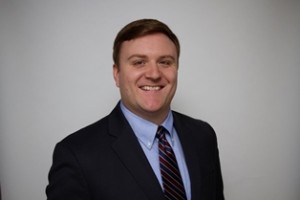