Cornell applied to the Borough for building permits to construct detached single-family homes on a four-lot subdivision. Before submitting, Cornell met with the Borough Manager and the company that performed building inspections (the “Building Inspector”) to discuss construction. The Borough informed Cornell that local ordinances did not require automatic sprinkler systems in detached single-family residences. Cornell thereafter obtained building permits. The permit applications stated the residences would be constructed with pre-engineered wood roof trusses and would not have automatic sprinklers. The Building Inspector visited the site throughout construction, and performed a final inspection when the first residence was completed.  The Building Inspector told the Borough to issue the certificate of occupancy, but the Borough refused on the basis that automatic sprinklers were required in homes constructed with pre-engineered wood roof trusses. The Building Inspector thereafter refused to perform final inspections of the remaining residences until sprinklers were installed.  Cornell filed suit against the Borough and Building Inspector in the Court of Common Pleas of Montgomery County asserting claims for: (1) breach of contract; (2) promissory estoppel; (3) negligent misrepresentation; (4) violation of the equal protection clause of the US Constitution; and (5) violation of the equal protection clause of the Pennsylvania constitution. The Borough asserted that Cornell’s allegations, while couched as contractual or quasi-contractual claims, were “clearly based upon negligence” and, thus, were barred by the Tort Claims Act. The Building Inspector argued it had acted as the Borough’s employee in its capacity as the appointed building inspector, and was therefore also immune from liability under the Tort Claims Act. The trial court granted the Borough and Building Inspector’s motions for summary judgment, and rejected Cornell’s contract claims.  The trial court reasoned the alleged contractual “promise” was unenforceable because the permits were freely revocable by the Borough. It further concluded the promissory estoppel claim was actually a negligence claim, and it and the negligent misrepresentation claim were barred by the Tort Claims Act. Lastly it rejected the equal protection claims. Cornell appealed. 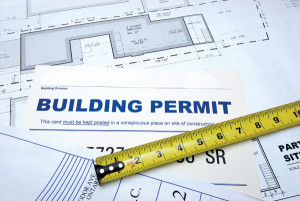 On appeal, the Commonwealth Court affirmed.  As to the breach of contract claim, the Court reasoned that the UCC required Cornell to obtain building permits, and the Borough to inspect and issue permits, therefore a contractual agreement would have been a nullity because such promises would add nothing and take nothing from their original legal obligation. As to the promissory estoppel and negligent misrepresentation claims, the court agreed that these claims sounded in tort, and were barred by the Tort Claims Act. As to the equal protection claims, the Court held that the Borough was not required to respond to every violation of its ordinances in an identical fashion, nor did the Equal Protection clauses require them to do so.