In this condemnation case out of Luzerne County, the Commonwealth Court determined that the sporadic flooding of a property adjacent to a sewer treatment plant constituted a de facto taking under the Eminent Domain Code.  The Court reasoned that the Mountaintop Area Joint Sanitary Authority (the “Authority”) made specific decisions that resulted in the flooding of the interior and exterior of Colleen DeLuca’s property, and the Authority was aware of the adverse consequences of those decisions. 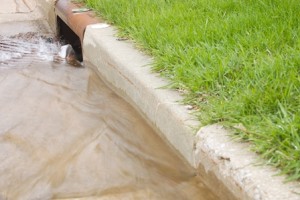 DeLuca owned a residential property adjacent to the Mountaintop Area Joint Sanitary Authority’s (the “Authority”) sewer treatment plant. The Authority’s collection system runs under Deluca’s property, and two of its manholes are located on the surface of the property. On several occasions between June 27, 2006, and April 26, 2011, Landowner’s home and lawn were flooded with sewage, including fecal matter, toilet tissue, and other sanitary items up to a foot deep. DeLuca filed a petition for appointment of a board of viewers pursuant to the Eminent Domain Code alleging the repeated infiltration of sewage onto her property constituted a de facto taking. Following an evidentiary hearing, the Court of Common Pleas of Luzerne County ruled that a de facto taking had occurred, the condemned interest was an easement from June 2006 through April 2011, and granted DeLuca’s petition for an appointment of view.  The Authority appealed the trial court’s order, arguing it had not effected a de facto taking and that the five year easement period was improper based on the sporadic occurrences of sewage infiltration.

On appeal, the Commonwealth Court affirmed. It found that the Authority chose to operate its system in a manner that sporadically flooded the interior and exterior of DeLuca’s property, the Authority made specific decisions that caused the overflow events, and the Authority was aware of the adverse consequences of those decisions.  First, the Authority decided to expand its customer base from 2007 through 2011 and increase the volume of sewage flowing through its system. Second, the Authority designed the manholes on DeLuca’s property to have sewage enter from multiple steep-sloped sewer lines but exit through a single, narrower, and less-sloped exit line. Third, the Authority was aware of this likelihood, evidenced by the Authority’s employees “showing up” at Landowner’s property, on several occasions, and requiring her to vacate her home so the Authority could plug her sewer lines with “balls” to prevent flooding.  Despite this knowledge, the Authority did not take appropriate steps to remedy the structural defects in its system, and instead pursued ad hoc remedies that required Landowner to vacate her home. As for the easement period, the court found the five year period was appropriate; however, the sporadic nature of the overflow events should be considered by the board of view when determining just compensation.