In this appeal out of Lehigh County, the Commonwealth Court was presented with a challenge to the City of Allentown’s residential rental unit licensing ordinance.  Objecting landlords (“Challengers”) asserted the fee constituted an unlawful special tax and sought an injunction against its enforcement.  In affirming the trial court’s finding in favor of the City, the Commonwealth Court held that certain indirect costs were to be considered when evaluating the reasonableness of a municipal fee, and Challengers’ failure to include any indirect costs meant they had not met their burden and the case was properly dismissed. 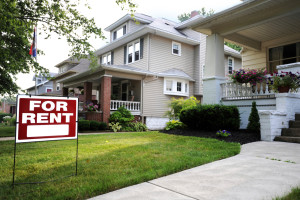 Several owners of residential rental properties in the City of Allentown challenged the City’s inspection, registration, and licensing ordinance for residential rental units (the “Ordinance”), asserting the $75 annual licensing fee constituted an unlawful special tax. Challengers’ complaint sought a declaration that the Ordinance was an unlawful special tax, an injunction against the enforcement of the Ordinance, and a refund of the fee paid by Challengers for each of their units since 2010.  A certified public accountant (“CPA”) testified on Challengers’ behalf that the only costs attributable to the Rental Program that could justify the fee were direct costs related to the registration and licensure of units, which would disappear if the program was terminated, and that no indirect costs should be considered when evaluating reasonableness. Challengers also presented testimony experts in code enforcement and rental inspections who testified that private industry would charge less per inspection to operate the program.  The City responded by presenting its own CPA who utilized a full cost approach that included all costs associated with the Rental Program’s activities and some overhead.  The City’s expert concluded that the costs of the Rental Program were approximately 15% below the maximum revenue generated by the fee. The Court of Common Pleas of Lehigh County found in favor of the City, and rejected the testimony of Landlords’ CPA for that of the City’s CPA.  Landlords appealed.

On appeal, the Commonwealth Court affirmed the trial court’s decision.  While the court did not find that all of the indirect costs used by the City’s CPA were proper, it found that certain indirect costs were properly considered when determining the reasonableness of a fee.  Specifically, the court identified indirect costs related to an increased burden on existing governmental services, as a proper consideration. The court stated that if the burden imposed on a budget line item increases when a new program is added, the additional burden is properly attributable to the new program regardless of whether the budget line item is increased. As Landlords’ CPA had not included any indirect costs when evaluating the reasonableness of the fee, it was not error for the court to disregard his testimony in favor of the City’s CPA.  Absent this testimony, the court concluded that Landlords had failed to meet their burden of showing the fee was grossly disproportionate and were not entitled to the requested relief.  The court emphasized that it was not making a finding that the annual license fee was reasonable.