In this appeal of a final determination of the Office of Open Records (“OOR”) the Commonwealth Court weighed in on the scope of the Criminal History Record Information Act (“CHRIA”) and the criminal investigative exception to the Right-to-Know Law (“RTKL”) and there applicability to surveillance videos obtained from third parties. In reversing OOR’s final determination, the Commonwealth Court held that surveillance videos obtained from third parties during the course of a criminal investigation are not required to be disclosed pursuant to a RTKL request. 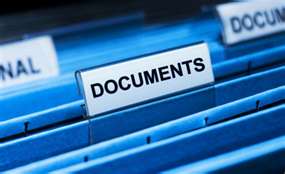 Kim submitted a RTKL request to the PSP seeking its investigative file related to a traffic accident outside Mt. Airy Casino, specifically asking for surveillance footage of the accident obtained by PSP from the Casino. PSP denied the request on the basis that the file and video were exempt from disclosure under CHRIA and the criminal investigative exception to the RTKL. Kim appealed the denial of the request for the video to the OOR, arguing the video was made by the Casino as part of its routine monitoring, and not for the purpose of investigating criminal activity.  OOR issued a final determination granting access to the video, as it was not inherently investigatory in nature. PSP appealed.

On appeal, the Commonwealth Court reversed. It found that because the video had been created by a third party who would not be subject to required disclosure under the RTKL, and the PSP had only come into possession of the video during the course of its investigation, the video did not have to be disclosed under both CHRIA and the investigative materials exception to the RTKL.