The Pennsylvania Supreme Court was presented with an appeal from a determination by the Commonwealth Court pursuant to a declaratory judgment action filed by EQT Production Company (“EQT”).  EQT requested a determination regarding the Pennsylvania Department of Environmental Protection’s (“DEP”) interpretation of the Clean Streams Law to allow the imposition of ongoing penalties against polluters, following a single release of pollutants into the waters of the Commonwealth, for each day that those contaminants remain in the subsurface soil and passively enter groundwater and surface water.  DEP offered two theories of liability to support its position.  Under the first (the soil-to-water migration theory) DEP argued industrial waste pollutants could perch above an aquifer and continually pollute new groundwater as water flows through the polluted soil and over time move into uncontaminated areas.  The second theory (the water-to-water theory) asserted new infractions occurred as contaminants spread from discrete bodies of water into new regions of water.  EQT conversely, argued that a violation only occurred upon the actual discharge of pollutants into a body of water, and not the continued presence of those pollutants in the water. 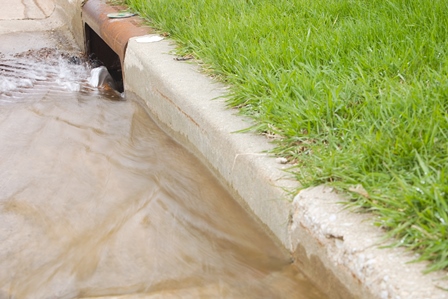 The Supreme Court, ruling exclusively on the water-to-water theory (leaving the soil-to-water theory to be addressed by the Commonwealth Court in an associated appeal), affirmed the Commonwealth Court’s decision, ruling DEP’s “expansive construction” of the Clean Streams Law was too broad.  The Court concluded that although the language of the Clean Streams Law was ambiguous, “if the General Assembly wished to create the sort of massive civil penalty exposure administered by [DEP] on a strict-liability basis … it would have said so more expressly.” Absent such specific direction, DEP’s interpretation was “too unreasonable to support an affordance of deference.”

A concurring and dissenting opinion was issued by Justice Donohue who argued the majority’s decision was “clearly aimed at protecting against limitless penalties for pollution…at the expense of abating pollution,” and that the court should not “second-guess and/or limit the scope of penalties imposed by the General Assembly.”